My name is Reema Faris and I was elected to the position of Trustee on the West Vancouver Board of Education for one term, from 2011 to 2014.

Why did I put my name forward for the consideration of School District #45 voters in 2011?

I have a profound belief in the value of education and the benefits of learning as well as a passion for the public education system.

At the time, I had been an active parent-volunteer in the West Vancouver School District for four years. In 2006, my son started kindergarten. I attended my first Parents’ Advisory Council (PAC) meeting in September. I walked in a first-time school parent and left as the District Parents Advisory Council (DPAC) representative. 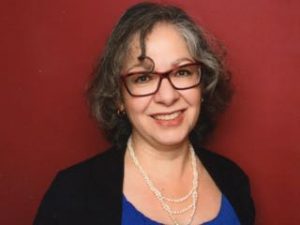 Following that initial experience, I served as a member of the PAC executive, including two years as Chair and one year as co-Chair, and at the district level as a member and executive member of  DPAC. I also had the privilege of working on a number of  School District committees.  As the 2011 municipal elections approached, and after much reflection, I decided to run for public office.  I decide to take my advocacy from a seat across the table to one at the table.

In September 2010, I made the decision to enrol in the Graduate Liberal Studies program at Simon Fraser University (SFU).  I successfully defended my MA — not my first Masters degree, I have an MBA from the University of Toronto — on October 15, 2015. I’m also pleased to say that the Department of Gender, Sexuality, and Women’s Studies (GSWS) at SFU has since accepted me as a PhD student. I started in September 2016.

My focus of study will be on the relevance of feminism today.  I want to explore whether or not popular culture undermines the continuing search for social justice and equality, particularly for women, here in North America.  Does the spectacle detract and distract from the struggle?

In my work as a Teaching Assistant at SFU’s Burnaby Campus, where I’ve taught in the Departments of Humanities, History, and English, I get the sense that the joy of learning is elusive for many students.

My hope and my work is dedicated to helping students rediscover that joy, to learn to love learning for learning’s sake.  I am an advocate for a liberal arts education and the need to inculcate the love of reading, writing, and thinking in students especially in this digital age.

I’m not solely an academic.  My private sector career has spanned various areas of communications (you’ll find all the details on the summary page).  The skills I’ve gained through these experiences also bring to bear on the contributions I make in my community of West Vancouver, in the world of education, and in a larger context as a citizen of the world.

“Public education, of every denomination, should be directed to form citizens;

but if you wish to make good citizens, you must first exercise the affections…

This is the only way to expand the heart: for public affections, as well as public virtues,

must ever grow out of the private character, or they are merely meteors

that shoot athwart a dark sky, and disappear as they are gazed at and admired.”

Mary Wollstonecraft, A Vindication of the Rights of Woman, 1792