I heard this sentiment expressed more than once this past week. And to a certain extent it’s true. It’s a day when we offer camouflage to those who don’t realize they are the bullies we’re talking about.

Even so, the day does shine a light on the topic.  It inspires people to share their own experiences as Shane Koyczan has done this year with his spoken word poem (link below).

As my friend Bob has done on his blog.

And as I want to do here because sharing our stories helps to build awareness.

I won’t address overt bullying such as when the boys in high school taunted me with choruses of “areema, areema, areema” from the back of the class or a girl slapped me or another taunted me about the strap on my training bra.

I want to talk about the peculiarly female form of bullying which isn’t dealt with by initiatives such as pink-shirt day.

Because the majority of female bullying is insidious. 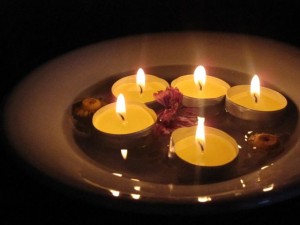 Women tend to organize in circles.* Girls refused entry into the circle or who have been dismissed from it are the ones, I would argue, who are often subject to bullying because they are isolated and excluded.

I was a new kid in Grade 8, my family having just moved to West Vancouver.  Fortunately a strong friendship helped me survive the transition, but the friendship dissolved the following year and it was difficult to replace.

My memory of Grade 9 is one of tears: tears shed because I was always on the edge of the group.  Sitting in the hall at lunch, for example, listening while the other girls made plans for the weekend and not being invited to participate.

Tears shed because I was alone.

In my second year at UBC, I joined a sorority. In hindsight, it may not have been the best fit for me.  If being on the outside of the circle in high school is difficult, falling out of favour in a group of 40 or so is excruciating.

I remember carpooling with two of my sorority “sisters” although as I reflect on it today, I realize I must have done all the driving because I was the one with the car.  On the way home one afternoon, we hatched a plan to get together later to watch a movie.  I dropped them off and went home to get ready, sitting by the phone waiting for the call (yes, that’s how it was done in those days!).  The call did come, but to cancel.  Secrets are very hard to keep though and I found out later that the get-together had gone ahead as planned, but without me.

Trying to understand, I asked.  The explanation? “Reema, when you ask someone how they are, you really mean it.” In other words, being with me was work. My interaction with others was based on more than a flippant line or light-hearted gossip or trivial talk.

I still am work and when I ask someone how they are, I still really mean it.  My interest is in the whole person and their truth, not simply the mask presented to the world.  I am a little too earnest to fit in easily and that has often put me, continues to put me, outside the circle.

But with the passage of time and the wisdom of experience, comes strength and acceptance, and a circle of true friends including that friend from Grade 8 whose friendship was reclaimed and a few from those sorority days.

It does get better, but it is never forgotten and it is not always easier.

Bullying requires constant and persistent vigilance, and that’s why it’ll never be eradicated simply by wearing pink one day a year.

*From the work of Deborah Tannen which I was introduced to in a writing workshop many years ago.

Three videos which touch the heart and mend the soul:

To This Day – Shane Koyczan

“It Gets Better” (Broadway sings for the Trevor Project)

It Gets Better – Royal Canadian Mounted Police (BC)

An informative interview on the topic of bullying: