In the almost three years in which I’ve maintained this blog, I don’t think there’s another instance where I’ve posted two articles in two consecutive days.  In fact, I’m lucky if I get something up once a month.  Last night, I posted an article about class size and some of the difficulties involved in trying to negotiate the issue in the context of a collective agreement.  Today, I’d like to look at what’s called E.80 – that’s the proposal from the BC Public School Employers’ Association (BCPSEA) which was put forward to initiate bargaining on class size, class composition, and specialist educators.

Before I get into the heart of what I’d like to say, please note that any errors of fact are my own as are the views expressed here: these are not the views of the West Vancouver Board of Education. 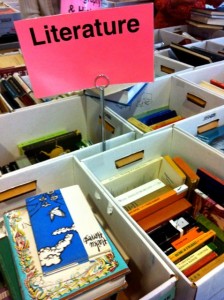 Let’s backtrack first to 2002. To quote from my article last night about class size,

What did Justice Griffin say in her final ruling on these two court cases?

Let’s focus on one paragraph in particular, paragraph 679, which reads as follows:

[679]     The outcome of this case means that teachers have once again had their right to collectively bargain over their working conditions restored.  They have had certain language returned to their collective agreement retroactively.  This does not guarantee that the language is clad in stone, as it can and likely will need to be the subject of ongoing collective bargaining.

What does this mean?  It means that the language which the government removed from the teacher’s collective agreement has been restored to the old contract. But Justice Griffin also realized that 12 years had elapsed and notice what she says next: “This does not guarantee that the language is clad in stone, as it can and likely will need to be the subject of ongoing collective bargaining.”

Her ruling clarifies that although the language was restored to the 2002 contract is was not guaranteed to be part of any future contract. Again, the judge made it very clear that the contract language “can and likely will need to be the subject of ongoing collective bargaining.”

Justice Griffin’s direction to both parties, the provincial government and the BC Teachers’ Federation (BCTF), was to engage in collective bargaining to determine language for a new 2014 contract. Because the contract expired a year ago, a new contract would in fact be deemed to be in effect from June 2013.

Bargaining is not about being offended by the proposals of the person with whom you are negotiating because it’s only to be expected that each side is negotiating from their point of interest and to try to satisfy the myriad of concerns with which they must contend.

As we can see, Justice Griffin put class size and composition back on the table to be bargained between BCPSEA and the BCTF.  To bargain on these issues, both parties had to put forward proposals for consideration.  So what did BCPSEA propose?

This brings me to E.80 or the section in the comprehensive package put forward by BCPSEA on June 15, 2014, which dealt with class size and composition.

Essentially, BCPSEA is proposing that the new collective agreement would align with the School Act and its regulations which define class size limits as follows:

If the government were to amend the School Act or the regulations, the matter could be raised for further collective bargaining and if that’s unsatisfactory, the BCTF could seek arbitration.

In response to this proposal, the BCTF seems to have moved away from trying to bargain fixed limits and has proposed to establish a fund.  This means that even the BCTF is not looking to carry over language from 2002, but has proposed an alternative mechanism to deal with the class size issue.

Without reprinting all the details, BCPSEA is essentially proposing that the Learning Improvement Fund (LIF) be incorporated into the collective agreement with some changes to the process by which the funds are allocated to “ensure that the union is involved in each of the provincial, district and school levels.” The LIF would be set at $75 million.

It appears that BCTF is comfortable with the format of the fund rather than the 2002 standard which addressed class composition through a formula based on the number of Individual Education Plans (IEPs) in a classroom.

So, what should the amount be?  As I understand it, BCTF has proposed a fund of $225 million.  That means, in my opinion, there’s a number between $75 million and $225 million which would result in a deal.  It cannot simply be $75 million and if the BCTF will not lower the amount it expects, that’s fine.  However, to get the government to agree to expand the LIF by $150 million means that the BCTF will have to adjust its proposals on other provisions in the agreement.

The BCPSEA proposal is to create a fact-finding committee “to establish a base of information to better inform decisions in the allocation of the LIF.  The committee may make recommendations to the school districts with respect to general principles for allocation.”

BCTF’s proposal is structured to address needs now via the funds which would address class size and composition issues as a whole or by a return to the specific ratios of 2002.

Where’s the common ground between the parties on this issue?  To be honest, I’m not sure I see any, but it does seem like an increase in the LIF along with a process to determine needs would be feasible.

I hope, if you’re still reading at this point, that you recognize these bargaining proposals set out the position of each party and that the commitment to a negotiated settlement would be to continue talking on these points. In and of themselves, the proposals do not preclude an agreement, but they do show that to find a solution which both parties can sign-off on is going to take some work.

At the end of E.80, there’s a final point and it reads as follows: “(Note: These provisions supersede and replace all previous Articles that addressed class size, composition and staffing levels.)”

This is not a proposal, nor is this a clause nor is this the government’s attempt to nullify or prejudice any current or future court ruling.  This note simply means that if the parties are able to settle on these issues of class size and composition, then this new contract replaces the old contract, this becomes the contract of record, and the next time the parties are meeting to negotiate (which I hope would be at the end of five or six years depending on the term of the collective agreement) the language of this new contract would be the language upon which the discussions in 2018/219 would be based and which would have to include bargaining on class size and composition because nothing will have removed the status of these items as working conditions to be negotiated.

So why did Twitter explode last night with the view that E.80, which represents the government’s bargaining proposals, which is not a final offer, and which has been known about since mid-June, was an attempt to circumvent the Griffin decision or to compromise the status of the BCTF’s standing at the Court of Appeal?

Here’s the thing: I don’t know and I don’t understand although I can only conclude that there is some misunderstanding of the legal context.

In my view, if a negotiated settlement is agreed to, then we have to presume it represents the outcome of bargaining arrived at by the exercise of the free will of both sides.  If so, then such an agreement would have honoured the spirit of Justice Griffin’s ruling and theoretically the appeal could be dropped.  If the appeal were dropped, there would be no need to take the case any further because there would be no further legal recourse required with regard to this particular contract.  So, the problem can’t be a scenario in which there is a negotiated agreement.

The presumption on the part of the BCTF seems to be that in the absence of a negotiated settlement, the government must abide by the terms of the 2002 agreement. That is, the government must automatically accept the ratios and caps regarding class size and composition.  But, that is not what Justice Griffin said nor what she implied because the government cannot be compelled to accept the language of the 2002 collective agreement if it does not represent terms to which it has agreed to in this round of collective bargaining. Remember her words? “This does not guarantee that the language is clad in stone, as it can and likely will need to be the subject of ongoing collective bargaining.”

With regard to the appeal, the proposals in E.80 do not compromise the outcome just by virtue of the fact they were proposed. An appeal looks at the errors of law which a judge may have made in their judgement; it does not retry a case and it may be upheld in part or in whole.  If the BCTF wins the appeal, it does not gain much further leverage because it simply upholds the Griffin decision with which we are already familiar.  The government may or may not appeal to the Supreme Court of Canada, but there’s no guarantee that the Court would give leave for the case to be heard.

Where does that leave us?  At this point in the talks, we’ve seen the involvement and withdrawal of three of this province’s best facilitators and mediators.  Vince Ready has declared an impasse, but he will keep tabs on both sides.  As I hope I’ve demonstrated above, there’s lots to talk about with regard to class size and composition and I actually believe agreement could be found on these provisions. What does that leave as a possible stumbling block?

For the sake of the 559,000 students in the BC public education system, I sincerely hope that both parties will make every due effort to return to the mediation zone.  That’s the right thing to do for teachers, for families, and for our children who have a right to an education.