I had written the bulk of this post before learning that the parties in the public education labour dispute had reached an impasse. My goal is always to try my best to understand issues and to raise awareness of them.  Events tonight have left me questioning much about what I know, but here’s one thing I haven’t changed my mind about: this is not the way we should be dealing with education in our province and we need a resolution to what is rapidly turning into a real mess.

“Truth is the first casualty of war” or so the saying goes and make no mistake about it, the labour dispute in BC’s public education sector is a war (as distasteful as the metaphor may be): a war of words and a war of ideologies. Let alone a war of Twitter streams, blog posts, promoted advertisements, press releases, and media interviews.

The rhetoric obscures many of the issues which are now buried under layers of history including legal proceedings, appearances in front of the Labour Relations Board, and legislation. These are very complex matters and they are particularly difficult to understand for those who may not live and breathe education and politics whether or not they have children in public schools.

At this stage in the dispute, with the start of school hanging in the balance and talks stuck in the we-may-someday-mediate phase, even those with only a cursory interest in the matter recognize that the largest stumbling blocks to a new negotiated settlement are the issues of class size, class composition, and the ratio of specialist educators. To craft contract language around each of these issues which is acceptable to both factions — balancing teacher workload, student learning conditions, and school district financials — is a daunting challenge. I’ve written about this difficulty before in two pieces: Ratios, Ranges, and Caps in Education and Class Size and Composition: A Birthday Party Analogy. 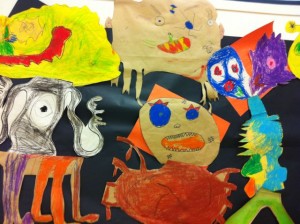 Because the dialogue around this issue seems to be the most divisive.

Class composition may be more difficult to deal with in terms of language for a collective agreement, but the consensus around accepting it as an issue which we must address appears to be broader.  In addition to that,Tracy Sherlock has done a great job of looking at the issue of special needs in the classroom and I would only offer a very pale imitation of her excellent contribution. The Vancouver Sun published the first instalment of Tracy’s two-part series in today’s paper (the August 30 issue) and the second instalment will appear on September 2.

This discussion is by no means an exhaustive study of the class size issue nor does it purport to be an extensively researched one. I’m also not making any arguments for or against particular class sizes; I just want to highlight some of the facts to show why this is so difficult to negotiate.

Before I get into my presentation, please note that any errors of fact are my own as are the views expressed here: these are not the views of the West Vancouver Board of Education.

Setting aside the issue of class composition, the net difference may not seem so great. However, there are valid reasons, backed by research evidence, that smaller classes at these younger ages are beneficial and will have the greatest influence on future student outcomes.

[NB. The current BCTF proposal at the bargaining table is to set up a fund to address class size issues rather than reverting to a fixed number within the collective agreement. A BCTF representative kindly clarified that for me on Twitter this evening. Any teachers reading this who may have questions regarding the BCTF proposal should contact their local association for more information.]

Prior to 2002 the limit for Grades 4 through 12 was 30 students per class with some variation between school districts.  As a result of the changes to the collective agreement in 2002, the cap was removed. There is technically no limit on how many students can be in any Grade 4 to 12 classroom although the objective is to aim for 30. A school and a school district must follow certain guidelines and protocols if a class does go over 30.

Some have argued that class size should be bargained locally, but that ignores two things: (1) class size provisions are considered provincial bargaining items, and (2) school districts are funded by the provincial government. This fiscal dependency means that even school districts in favour of bargaining class sizes locally cannot. Unlike a teenager who may have spent their allowance or a university student who may need more money for tuition, a school district cannot simply withdraw what it needs from the Mom and Dad ATM.

Even if a district has managed its budget exceptionally well and even if a district is not in a deficit position, it cannot on its own initiative reduce the limit for intermediate classes to 28 or 26 or 24. It may not have the funds required to hire staff and it may no longer have the physical space available for additional classrooms especially if schools in the area have been closed or if there’s been significant population growth.

With no easy answers for class sizes at intermediate, what about Grades 8 – 12?  Again, leaving aside both the issue of class composition and what the best size for a high school classroom may be, the issue at this level gets more complicated in terms of a teacher’s workload.

High school teachers don’t just have one class of 30 or one class of over 30. They have multiple classes and the number of students they deal with adds up very quickly.

I asked teachers on Twitter to provide me with some real life examples and I appreciate all the responses I received.  Here are a few for you to consider.  One teacher has four classes of 18, 26, 27, and 27. On an individual basis, those are manageable numbers, but consider the cumulative effect. That one teacher is responsible for 98 students. How about the teacher who has 163 students in academic courses and a PE class of 30? That’s 193 teenagers to deal with. Or the teacher with 203 students, 113 of whom are seen on one day and 90 others on the next day which includes one block for preparation time.  Or what about the teacher who has 7 classes with a total of 185 students?

Now let’s consider what the teachers’ jobs entail. These teachers are responsible for providing instruction, and they must also prepare for their classes, they test and assess the students, and they compile report cards.  In one case, that’s two interim reports per semester and two report cards per semester for each student.  And that’s all before we get into such issues as extra-curricular activities, meetings with parents, team meetings, staff meetings, professional development and so forth.

That is a substantial workload. And yes that’s the job and yes there are holidays and yes there are decent benefits which the teachers receive, but none of that detracts from the volume of the work and the challenging nature of the work or the validity of discussing classroom sizes as a learning condition for students.

As with the intermediate level, the issues here are primarily the financial impact of organizing and offering classes with fewer students in them and the restrictions of space, particularly in the Metro Vancouver area.

With all this in mind, perhaps it’s not surprising that the BCTF is looking for ways in which to reduce the workload for their members and to reduce the number of students in a classroom which will benefit all learners. The question isn’t whether or not we should aim for smaller class sizes in the K to 12 sector, but how to do so and by which mechanism.

As usual, it’s a lot easier to discuss an issue and to highlight the difficulties than it is to provide a solution.  However, it’s virtually impossible to solve any issue without dialogue and it saddens me that the conversation around education at the provincial level, on topics such as class size, has become mired in recrimination and rancour.

In looking at the class size issue more closely, albeit in isolation, I have to say I don’t envy Vince Ready.  If he does manage to engineer a negotiated settlement within the next week or two, given the difficulties I’ve touched on above and the others I haven’t yet delved into, then he will truly be one of the most amazing people I hope to some day meet.