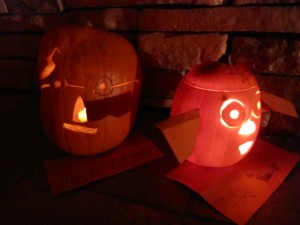 As mentioned earlier, I’m very pleased that my candidacy has been endorsed by the West Vancouver Citizens for Good Government.  The speech I gave the night of the endorsement meeting, and which is reprinted below, focused on my experience as a parent-volunteer within the public education system.  These remarks are also featured in the television spot filmed by Shaw Cable Television, a service offered to all Lower Mainland candidates, and which will air on November 6 at 7:15 p.m. and November 13 at 11:15 p.m.

I would love to hear from you, so please don’t hesitate to forward your thoughts, comments, questions and suggestions to me.

Good evening.  I’m Luc’s Mom, Reema Faris, and I’m running as a candidate for the position of Trustee with the West Vancouver Board of Education.

I see it as the next leg of a journey that began when Luc started Kindergarten in 2006.

I walked into the Parents Advisory Council meeting as a new parent and walked out as the school’s representative to West Van DPAC. That transition, in the space of an hour — maybe an hour and a half — reflects my belief in working for my community.

Since then, I’ve served continuously as a member of the PAC executive including two years as Chair and one year as Co-Chair.

One of my favourite projects has been the noon-hour Creative Writing Club which I started last year.

I’ve worked with the community of educators at the school and within the district as well as district staff and parents to expand the playground at Ecole Cedardale, purchase laptop computers, enhance the library’s collection, and much more.

I believe now’s the time to translate my experience from that of a parent-volunteer to making new contributions as a member of the Board of Education.

In that capacity, I’d like to make sure the programs we offer equip students with the critical thinking skills they need to cope with our ever-changing world.

What about technology?  How do we integrate technology use sensibly and equitably in our classrooms while taking into account parental concerns?

I’d like to talk about the arts in education and revitalizing board meetings, but two minutes pass by quickly, almost as quickly as my five years as an active parent-volunteer.

I’m ready to take the next step.  Because I believe the foundation of our society depends on the education we provide our children.  We need a universally accessible public education system if what we want to build is a socially just society. 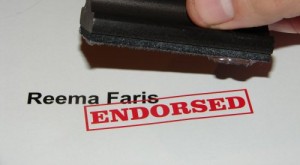