As one school year draws to a close and another looms, I know many are trying to understand where we are when it comes to bargaining.

Because families plan ahead and they need to factor in those issues which may have an impact on their lives and the lives of their children.  One of those issues is the outcome of labour negotiations in the public education sector and the current status of job action.

I won’t attempt to explain the positions of the parties; I just want to provide some clarity around timing as I see it.

The government and Boards of Education, via the BC Public School Employers’ Association (BCPSEA), are currently negotiating with the BC Teachers’ Federation (BCTF) on a new contract.

Both sides have stated their interest in achieving a negotiated settlement by the end of June 2014.  It’s not known at this point how long the deal would be for although the last public position of the BCTF was for a four-year term while the government maintains that a 10-year term is its goal. 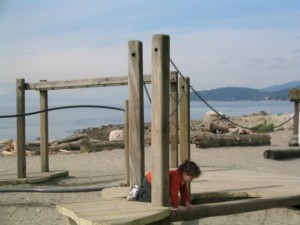 Earlier this spring, in response to what was seen as lack of movement at the bargaining table, the BCTF took a membership-wide vote which approved a three-phase plan for job action:

•Phase 1 – a province-wide disruption of communications with administration and the disruption of supervisory duties. The BCTF has activated Phase 1 which is currently in force.

•Phase 2 – This escalation, which is proposed but which has not been initiated, would involve rotating one-day strikes. If the BCTF invokes Phase 2, they will provide 48 hours notice to any District which will be subject to a one-day walkout.

•Phase 3 – full work stoppage.  If Phase 2 is invoked and if there is still no progress at the bargaining table, the BCTF will contemplate escalating the job action.  Prior to doing so, they have committed to holding another vote for their membership to approve the plan.  If at that point the union gets majority support from its members for a full work stoppage, it will be required to supply Districts — and consequently families, guardians, and caregivers — across the province with three business days’ notice.

That’s a summary of where we’re at today.

If a settlement is reached by June 30, then it will encompass a multi-year term and school will begin in September without any issue.

If a settlement is not reached by June 30, I think there are two scenarios we’ll face although there are probably others which are just as likely.  We’ll either have an escalation to Phase 2 of the job action before the end of this year or, depending on how things unfold and allowing for the summer break, we could have some disruption at the beginning of the 2014-2015 school year.

Given the BCTF’s commitment to holding a full vote, I can’t imagine getting to Phase 3 of the job action prior to June 30 unless the BCTF were to leapfrog the idea of rotating strikes — and that would be publicly unpalatable — or the time lapse between the final two phases were significantly compressed.

In the event of a full work stoppage, I believe the government would act swiftly and that would likely mean the least promising outcome of this lingering dispute: a legislated settlement which sends teachers back to work while leaving much unresolved.

A shut down of the public education system would be disproportionately disruptive to students.  That is, there will be students — such as my child — whose time will be filled with alternative plans and activities. However, there will be many, many students and families who will be faced with significant consequences and to whom a strike will represent hardship.

And that’s why I strongly urge BCPSEA and the BCTF to tread carefully, yet with a sense of urgency, and to settle by June 30, 2014.

If you’re interested in more of the background to public education bargaining, here’s a very well-written recent article by Katie Hyslop in the Tyee.