According to the Austrian Airlines magazine, the flight time from Vienna to Lyon is one hour and thirty-five minutes.  It took us six hours to cover the distance.

You may or may not be familiar with the term shadow work, but it’s described in this New York Times article (http://www.nytimes.com/2011/10/30/opinion/sunday/our-unpaid-extra-shadow-work.html?pagewanted=all). One area in which many of us have taken on the tasks we used to entrust to others is travel planning.  We search the web for the best deals, we read sites dedicated to sharing travel tips, we peruse blogs, we devour newspaper and magazine articles, and we imagine that we can do better than the professionals. 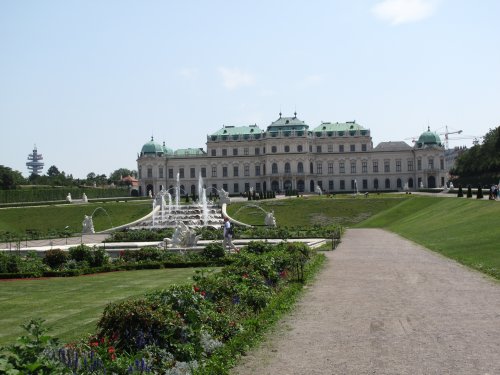 In preparing for my trip this summer, I did the same.  I spent hours and made my own reservations whether with airlines and hotels directly or through travel sites.  I was certain that I would be able to find a direct flight from either Vienna or Budapest directly to Lyon.  I only needed to fly the one way and try as I might and despite time spent searching, the only direct flights I could find for the three of us were ridiculously expensive.

At the point at which I thought I would throw my computer out the window, I checked Orbitz.  Although I’d never used the service before, I thought I’d take a chance and booked the flights I found.  From Vienna to Berlin, Berlin to Lyon with a couple hours at the airport and a very early departure time.

The pain of a 4:45 a.m. wake up call was eased by the efficiently generous staff at the Kaiserhof Hotel in Vienna, who prepared a light breakfast for us despite the early hour, and the ability to check our bags straight through. Our flight, booked on Lufthansa but operated by a partner airline, landed at Tegel Airport in Berlin – a change which I’d been notified of by Orbitz – on time and we looked around for a spot to hang out until it was time to fly again.

Having bought some refreshments, I was complaining about the prices charged when a woman at a neighbouring table spoke up in English about the cost of food for captive transfer passengers.

A conversation broke out with a fellow traveller, a Canadian from Winnipeg, who shared the story of her travels and journey with us.  The time, to use a cliché, flew by and before I knew it we were on the final leg of the journey.

That zig-zag, that diversion, made the ridiculous plan I’d hatched worth it.  It was a connection, a human connection which emphasized why I hope no matter how much shadow work we unknowingly take on, we’ll never lose the skill of talking with one another.