It was a very interesting day to hear Susan Lambert speak.

It was the day teachers throughout British Columbia were voting on whether or not to ratify a new collective agreement, one which fell short of expectations and which merely represented the achievable at this moment in time.

While it was a difficult deal for educators to accept, one of the most important achievements for the BC Teacher’s Federation (BCTF) in the new agreement was the preservation of the integrity of their court case on class size and composition.

And Susan Lambert, who had other reasons for looking askance at the proposed agreement, knows how critically important that court case is for the future of public education in BC.

For those who may not know, Susan Lambert is the past president of the BCTF and a long time educator having started her teaching career in 1973/1974.  She is also an alumna of the Faculty of Education at Simon Fraser University (SFU).

And that’s how I happened to be in the audience to hear her speak.  She was addressing an education class at SFU, a class in which my nephew is enrolled. 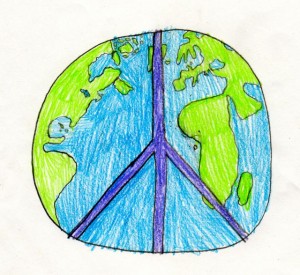 Yes, I have a nephew who is currently pursuing an undergraduate degree at SFU and whose long-term plan is to become an educator.

I not only support his choice, I celebrate it because no matter the hardship and the challenge, being a teacher, in my view, remains one of the most fundamentally important roles in society.

My nephew’s professor had invited Ms. Lambert to address his students and had told them guests were welcome.  When my nephew extended the invitation, I jumped at it: this was not an opportunity I was going to miss.

Because while I may not agree with Ms. Lambert on any number of issues, she is a passionate advocate for public education.  Not only that, but she is a firm believer in making the world a better place, particularly for those who are most disadvantaged in our economic system.

At the beginning of her presentation, Ms. Lambert challenged the students to consider what their purpose was in becoming educators.  In other words, she wanted them to consider why it was they wanted to teach.  She asked them to consider the question because, as with any vocation or endeavour which we undertake, it is the meaning in what we do and the intent with which we do it that makes our choices purposeful and rewarding in good times and in bad.

I think this is particularly true in a profession such as teaching which is based on relationships and where doing one’s best is instrumental in helping others to achieve theirs.

As much as I appreciated Ms. Lambert’s challenge to the students, it was her summary of the purpose of education which crystallized why the fight for public education in British Columbia is so critical.

And it is simply this: a thriving and vibrant public education system is the essential ingredient for a civil society.

What greater purpose could there be but to work on behalf of a system which is the foundation to a better future for all citizens and not only those who can afford it?