The results may be unofficial, but they are in.

With a new mandate of four years and with the campaign behind them, this group of Trustees can now focus on the key priority which is to ensure that our public education system in West Vancouver continues to be one of the best, not only in British Columbia but across Canada.

We are so fortunate in West Vancouver. Not to deny that we too have vulnerable populations and significant needs here, but we are an economically affluent community and one which benefits from the support offered by parents, residents, and businesses.  As I’ve often said, it’s not a surprise that we have a graduation rate of 99% in West Vancouver; anything less would be a scandal.

As a school district, we also have an accomplished team of leaders and educators working on behalf of our students and our community — a team recognized for their innovative practices as well as their commitment to excellence.  Their efforts are matched by the hard work and diligence of all the district’s employees.

And yet I’m apprehensive. 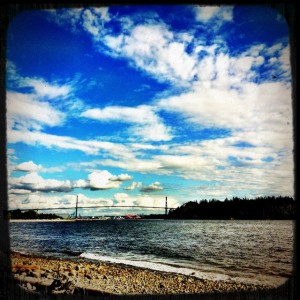 Because there are pressures on the public education system from which even West Vancouver will not be immune.

The most significant pressure which this Board will face, as with all Boards across the province, is the issue of funding. While West Vancouver has been able to develop other sources of revenue, whether via academies, specialized programs, or international student enrolment, the amount raised may keep annual deficits at bay, but it does not fix the structural deficit upon which our system is based.  There are cracks in the foundation.

There’s also a question in my mind as to what the provincial government’s intent may be with regard to both the governance structure and the bargaining structure.  I’m worried about consultations which may appear to be based on consensus and which in fact are not.

With the election of a new Board and with one more public Board meeting to attend, I will be entering a new phase.  I will now be a former Trustee, but that won’t make me any less committed to the cause of public education, whether in West Vancouver or throughout British Columbia. I will continue to play a part as an interested observer and passionate parent-advocate. To find out more about my plans, please check out EducationForBC.com and the information posted there.

With regard to School District 45, my top three issues for the new Board, in addition to continued advocacy at the provincial level, are: (1) to build and enhance relationships within the district; (2) to ensure the continued prominence of the arts and humanities in all our schools while exploring and expanding new opportunities for students; and, (3) to work towards smaller class sizes as well as enhanced support for students including advanced learners, children with special needs, and English Language Learners.

With a longer mandate and labour contracts in effect until 2019, there’s time and stability within the public education system for this Board to do its very best.

I’m counting on them as are all the members of our community, all our education partner groups, and, most importantly, all our students.

My appreciation to all the candidates who so generously and graciously put their names forward for consideration and my congratulations again to each of the newly elected and re-elected Trustees. Thank you in advance for your diligence, your hard work, and your passionate commitment to public education in West Vancouver.